some photos of what i did in the wee hours of monday and tuesday this week.

this is on the corner of elgin and swanston, near melbourne uni: 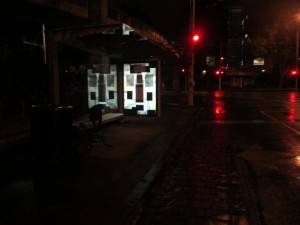 that advertisement was for alcohol (spirits).

this one, the corner of swanston and latrobe, that’s the state library in the background (the red glow is from a fast food joint): 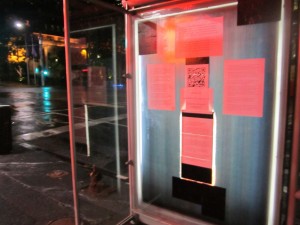 this advertisement was for alcohol as well (beer).

the corner of collins and spring, near the state treasury (2nd photo): 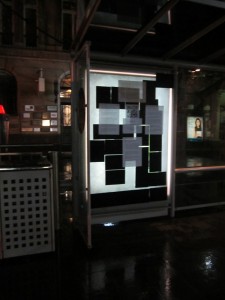 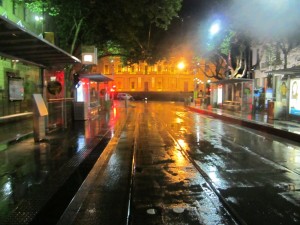 again, that ad was for booze (premixed spirits).

this was at the corner of smith street and alexandra parade: 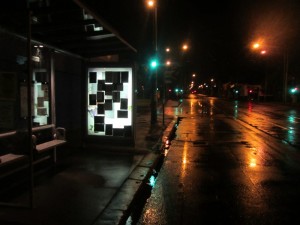 that ad was for alcohol also (wine). 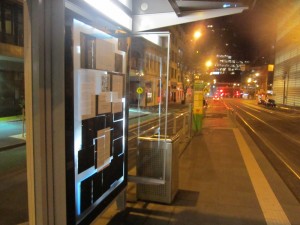 that ad was for a car.

the corner of queen and latrobe: 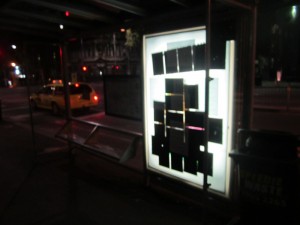 this ad was for chewing gum. 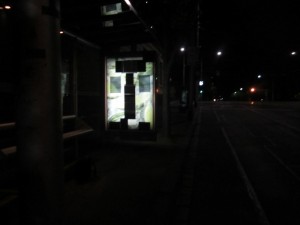 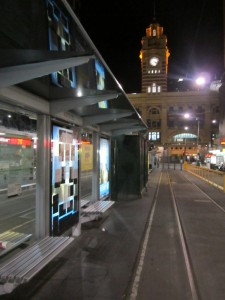 this ad was for gambling. 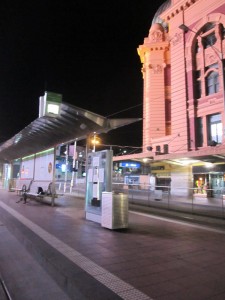 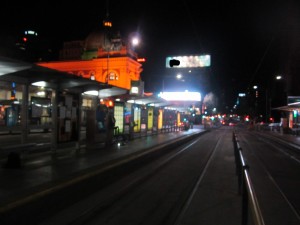 this one was for booze again, premixed shit pushed by scantily-clad babe.

that is a huge billboard above that (i’ve expertly digitally deleted the still-visible brand).

there is also at least one other massive billboard that looks over into fed square, which is supposed to be some sort of public square — the message is clear: humans are tiny, powerless, boring and generally shit; corporations are huge, interesting, sexy and dominate the public square.

this one is on brunswick street, near corner of gertrude street: 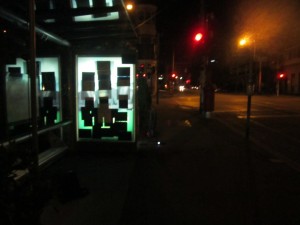 elizabeth street, out the front of the vic market: 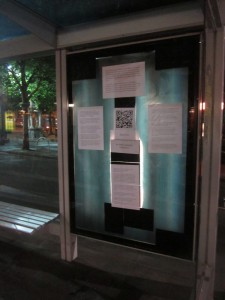 alcohol, like all consumer products, is definitely something that shouldn’t be advertised in public space — but as alcohol is a problem for so many people and exacerbates numerous social problems (helping to release the inner-violent-fuckwit in many a weekend warrior), the advertising of alcohol in public space is particularly offensive.

alcohol can be a fun and social thing to do, sure, but no one needs encouragement to drink, especially not the teens that much of alcohol advertising is aimed at.

i imagine the effect on people trying to overcome alcoholism — maybe we should start having ads for heroin as well.

i’ve started using computer-generated text for the posters instead of my own hand-writing — it looks slightly less crazy, it’s easier to edit when producing a new batch of posters, and i don’t have to worry about fitting it all in nicely and not writing too close to the edge.