some photos and some update

the photos are down the bottom, you can click on them to see them bigger.

i went out this morning (wednesday) for the 8th time to the tram shelter on william/lonsdale.

i arrived there about 6:30am because the previous morning i had finished covering the ads at 6:15am and when i went to look later that day i saw they had been cleaned off.

i thought if i went a little later the ad company might not have time to clean it before the commencement of the days business, thus more people may see the protest, which is a part of the purpose i guess.

the consequence of going a little later is that the p.s.o’s at the county court have arrived, they call the cops, and then i have to have to have a conversation with the police, which is usually unpleasant.

but last time the police came, at least the posters stayed up all that day.

so the police came this morning, they were both young cops, i half-arsedly explained that it was a political protest, the talking one (the other one didn’t say one word) then used his best authoritative voice to try to get me to take the posters off.

the policemen then went to his car, to ask the folk at the station what to do presumably, he then came back and asked me if i planned to do anything similar in the next few minutes, i told him i did not, then he let me go saying that i ‘might’ get a summons in the mail.

i went up to get my bike and then i looked back to see the cops were still there, and they appeared to be pulling off the wet posters and placing them in the nearby bin.

i walked back down when they drove off and yes, the police had done the cleaning for the ad company, just doing their bit to preserve law and order — law and order being the extremely horrible domination of the public sphere by for-profit monsters, of course.

i hadn’t packed extra posters as i really didn’t think anything like that would have happened, but there you go, keen as mustard young cops going above and beyond the call of corporate duty.

unfortunately i had used building plans (blank on one side) i found in the bin to cover the ads this time, so it was just two big sheets per ad making up the base cover (instead of a heap of black a4’s like in the pictures), which made it easier to remove while still wet.

anyway, i think i’m going to move around now, not just do the same place over and over which makes it easy for the ad company to stay on top of the cleaning.

i guess i thought repeat offending at the same location would bring things to a head with the police quickly, but as they don’t seem to care too much about charging me, i might as well spread the word about town a little. 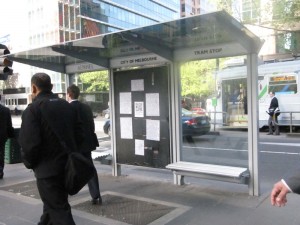 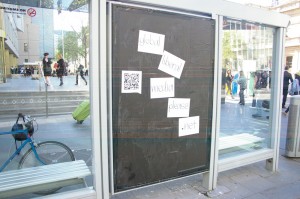 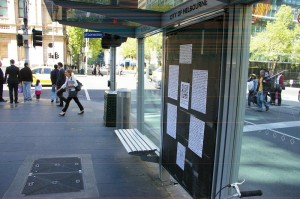 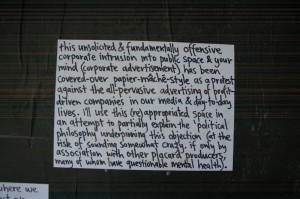 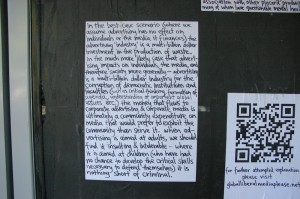 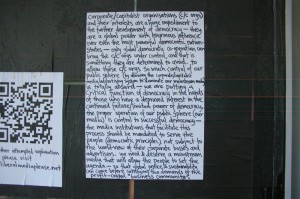 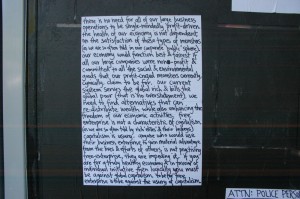 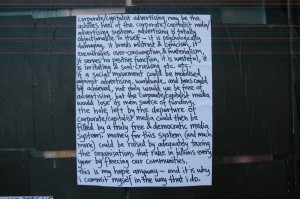 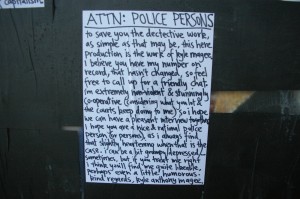 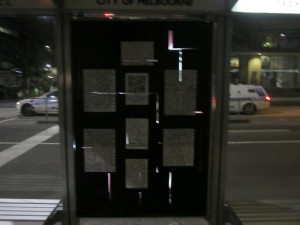 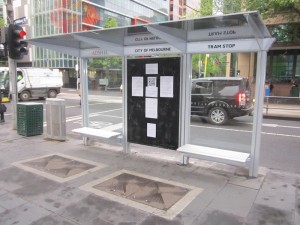 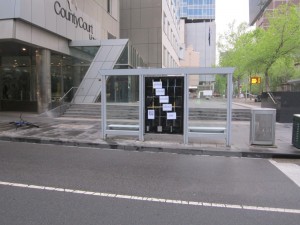